What To Know About Ticks In Washington

By kulshanvh April 24, 2020 Uncategorized
No Comments 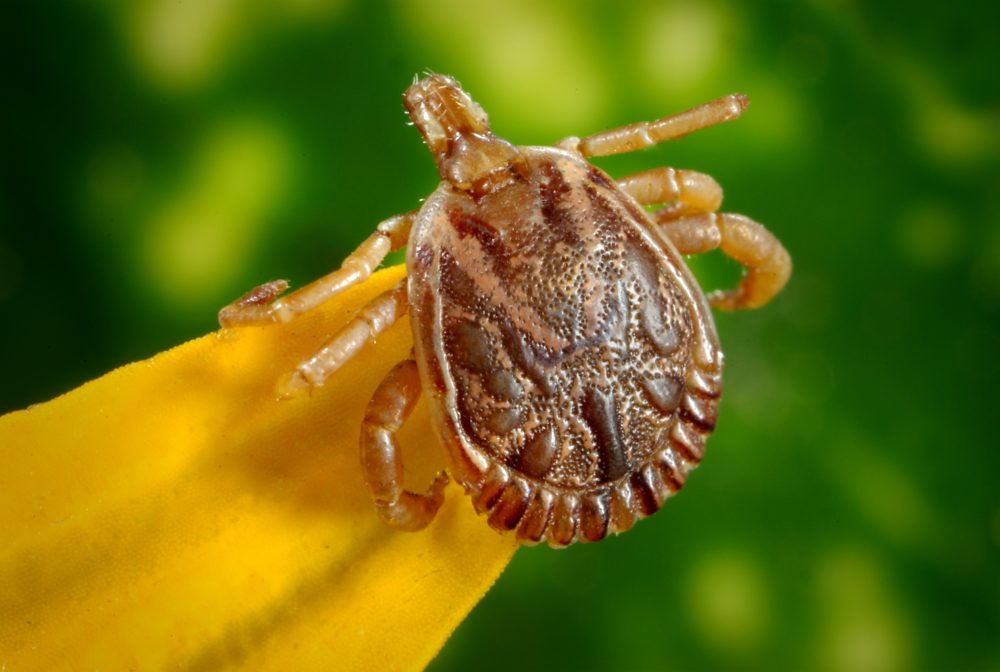 Spring time is here and that means ticks are on the prowl. We have been lucky in western
Washington that we have not had much to worry about as far as ticks are concerned, but that
is changing. Experts are warning us that tick ranges are expanding and numbers are
increasing. So, what do we have to be concerned about? Here’s some general information on
ticks and some of the diseases that they can carry.

What are ticks?
Ticks are external parasites which feed on blood from host species, including dogs, cats and
people. Each species of tick has a preferred host species, which may vary with the life stage of
the tick. Ticks have a complex life cycle which includes 4 life stages–egg/larva/nymph/adult–
and life cycles can be 3-4 years long. A blood meal is necessary for each life cycle, except the
egg and these blood meals occur on different hosts. Ticks spend the majority of their life cycle
in the environment, not on a host. Ticks can mate on or off a host but females lay their eggs in
the environment.

How do ticks find a host?
Ticks do not fly or jump. They hang to vegetation with some of their legs and reach out with
their other legs to search for prey to climb on. Once on a meal source, they incise the skin and
insert their mouth piece or feeding tube. Ticks use their saliva to numb the skin and avoid
detection. They also use a cement like substance to help them stay attached, as well as barbs
on the feeding tube. It can take 10 minutes to 2 hours for this process before feeding starts.
Feeding takes several days before the tick will release itself.

How do ticks pass on diseases?
Diseases present in the host’s blood stream are absorbed into the tick and passed along to the
next life stage of the tick. These diseases are then passed along to the next host through tick
saliva. It can take several days for the disease to be transmitted to the new host. Tick-borne
diseases which can be seen in this area are Ehrlichia, Anaplasmosis and Lyme Disease.

What types of ticks can we see in WA?
Ticks in this area are hard ticks, which means they have a hard shell on the back. Adult females
have a partial shell and, when engorged on blood, can expand as much as 100 times their
original weight. Larva and nymphs also expand when feeding, but adult males are much flatter
after a meal. Species of ticks which are most likely to feed on dogs or cats are Western Black
legged Tick (Ixodes pacificus), Brown Dog Tick (Rhipicephalus sanguineus), and Rocky
Mountain Wood tick (Dermacentor andersoni).

Where are these ticks found?
The Brown Dog Tick can be found all over Washington, though in lower numbers in most of
Western Washington. Brown dog ticks (Rhipicephalus sanginueus) live inside and around
homes and kennels and infest homes and kennels anywhere there are dogs.
The Western Black-legged tick is found in a band long the Pacific coast and most commonly
found in the understory or leaf litter associated with natural wooded areas frequented by
wildlife. The edge habitat often found surrounding a home or yard provides ample habitat to
support these ticks.
The Rocky Mountain Wood tick is found in the Cascades and east. They are more commonly
found in tall, grassy meadows; open woods, particularly along trails; and open fields in
agricultural areas.

Tick-borne Diseases
Ehrlichia, Anaplasmosis and Lyme Disease are all tick-borne diseases which can be
transmitted by tick species that occur in Washington. The three diseases have similar
characteristics. Dogs may not show symptoms initially. Symptoms are frequently vague, like
fever, lethargy, poor appetite, muscle and joint pain. Diagnosis requires a blood test for the
specific disease. These tests are frequently run in a combination panel for tick-borne diseases.
Treatment for each disease is similar but specific disease diagnosis is helpful for predicting
long term issues.

Tick Prevention
These days there are excellent tick preventatives available. They range from topical to oral
tablets to a long acting collar. There are some new preventatives on the market now which not
only treat for fleas and ticks but also heartworm at the same time. Tick season in western
Washington is generally April through October/November, however year-round treatment is
recommended.

For more information on tick and other parasite prevention call our clinic at your convenience!